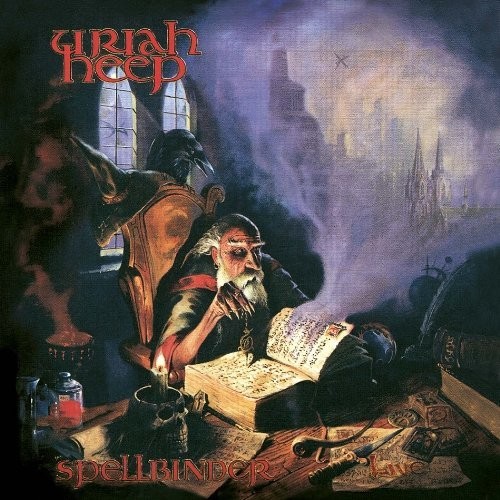 Originally recorded in concert in Koln, Germany for broadcast on German radio in 1996 whilst the band were supporting the release of the Sea Of Light album, Spellbinder was Uriah Heep s fourth official live album. The album cover was painted by Paul Gregory, who had also designed sleeves for Saxon, among many other heavy metal classic album sleeves. Spellbinder was recorded by the now well established line-up of founder member Mick Box on guitar, long time Heep drummer Lee Kerslake, Phil Lanzon on keyboards, fronted by lead vocalist Bernie Shaw and completed by Trevor Bolder on bass. This version now features the two studio bonus tracks Sail The Rivers and Across The Miles (Radio Version). This remastered CD features a brand new essay from Classic Rock and Metal Hammer s Malcolm Dome commissioned for this set and based on brand new interviews with the band members. Features unique live versions of Uriah Heep favourites Rainbow Demon , The Wizard , Gypsy and arguably their biggest hit, Easy Livin .