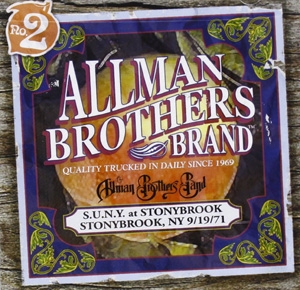 Unlike the Grateful Dead, their obvious and acknowledged model for reissuing vintage live recordings, the Allman Brothers Band has not shied away from exploring their early work in an attempt to demonstrate that they were as good in 1980 and 1990 as they were in 1970. On the contrary, in such archival releases as 1991's Live at Ludlow Garage: 1970 (Polydor), 1996's Fillmore East, February 1970 (Grateful Dead), and the first release from their own Allman Brothers Band Recording Company, 2002's American University 12/13/70, the Allmans have made a point of sticking to their early years when the original band, led by slide guitarist Duane Allman, was still intact. Their purpose, as band members said in a front-page article in Billboard in April 2002 that announced the formation of their record company, is to demonstrate Duane Allman's prowess. This album, recorded a scant five weeks before the guitarist's death, furthers this goal. Annotator John Lynskey acknowledges that, also unlike the Dead, the Allmans did not vary their set list very much. 'The Allman Brothers might have played the same songs night after night,' he admits, 'but they were never played the same way twice.' The album, which compiles material from two shows on the same night, backs up his assertion. The titles may be familiar, but the jamming is not, as the band explores different ways to approach the songs, including one that is still in development. 'Blue Sky,' which would not appear on record until the group's next album, Eat a Peach, gets an 11-minute treatment that is a showcase for Duane Allman and Dickey Betts' guitar interaction. Six months after the legendary shows that produced their signature recording, At Fillmore East, and just before they changed forever with Duane Allman's death, this is the sound of the Allman Brothers Band at their peak. (Sound quality is below par at the outset as the mix is adjusted, but after a few songs in is perfectly acceptable.)