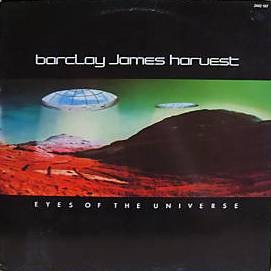 New Remastered & Expanded Edition Of The 1979 Album By Barclay James Harvest. Featuring Four Bonus Tracks. Booklet With Fully Restored Artwork & Essay. Reviews In Uncut , Mojo , Record Collector & Classic Rock Prog Magazines. Coverage On Relevant Websites & Fanzines. Esoteric Recordings are pleased to announce a newly remastered edition of the 1979 album by BARCLAY JAMES HARVEST, Eyes of the Universe . The first album to be recorded by the band after keyboard player Woolly Wolstenholme departed, Eyes of the Universe was issued in November of that year and was a major European success and featured the hit single Love on the Line . This Esoteric Recordings reissue has been newly remastered from the original master tapes; includes four bonus tracks and features a booklet that fully restores all original album artwork with a new essay by BJH experts Keith and Monika Domone.