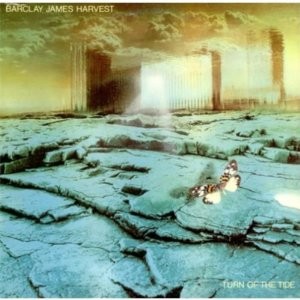 New Remastered & Expanded Edition Of The 1981 Album By Barclay James Harvest. Featuring Two Bonus Tracks. Booklet With Fully Restored Artwork & Essay. Reviews In Uncut , Mojo , Record Collector & Classic Rock Prog Magazines. Coverage On Relevant Websites & Fanzines. Esoteric Recordings are pleased to announce a newly remastered edition of the 1981 album by BARCLAY JAMES HARVEST, Turn of the Tide . The album was recorded soon after the band s legendary concert on the steps of the Reichstag in Berlin in 1980 and includes the emotive In Memory of the Martyrs and the hit single Life is for Living which featured at the famous Concert for the People. Released in May 1981, Turn of the Tide was a major European success. Unavailable for some years, this Esoteric Recordings reissue has been newly remastered from the original master tapes, includes two bonus tracks and features a booklet that fully restores all original album artwork with a new essay by BJH experts Keith and Monika Domone.