Home Catalog Support type CD From the Inside ( + 2 Bonus Tracks ) 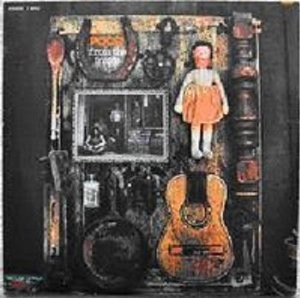 Country-rock pioneers Poco's third studio album introduced a more rock oriented approach to record making with the introduction of former Illinois Speed Press guitarist Paul Cotton into the band. Although the bands first two albums had garnered critical acclaim the band still had not broken out at radio and they were earning a solid reputation as a touring band as their previous live album had ably demonstrated. The album was chock full of gems that were destined to become Poco classics. Bad Weather would become one of Poco's most enduring songs and remained in the bands live repertoire right up until Paul Cotton left the band well into the new millennium. Tim Schmidt's From the Inside and Richie Furay's Just For Me and You were also added to the bands list of classics. Poco was never happy with producer Steve Cropper and never felt that he was the right choice for the project. A brand new mastering with the cooperation of Richie Furay has attempted to make the album sound as the band had originally intended. The addition of two previously unreleased bonus tracks that were done by the band with producer Richie Podolor and engineer Bill Cooper (Steppenwolf, Three Dog Night) was yet another attempt to become more commercial and appeal to rock audiences. All new essay by county-rock historian John Einarson features new interviews and insight with members of the band.

You are an unconditional fan of POCO ? Check if you have all the collection.
If you just want discover a little more, the list below will help you.