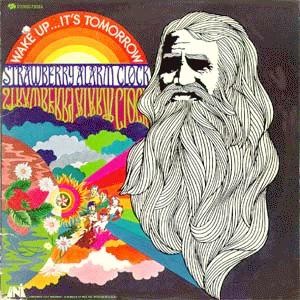 Strawberry Alarm Clock's second studio disc is a great totality just as their first album Incense and Peppermints is. As a whole this might be a bit weaker but in this case that means that this one rocks very well too.

The songs are mostly quite short except 'Curse of the Witches' which is almost seven minutes long. It's not only the longest song on the album but it might also be the greatest. Other highlights include 'Soft Skies, No Lies', 'Sitting on a Star' and the last three 'Black Butter' songs which are all nice. Especially 'Black Butter-Past' kicks ass really hard.

Wake Up... It's Tomorrow is a really nice work by this psych group. Not one of the most essential albums of the late 60's but definitely worth checking out.

You are an unconditional fan of STRAWBERRY ALARM CLOCK ? Check if you have all the collection.
If you just want discover a little more, the list below will help you.