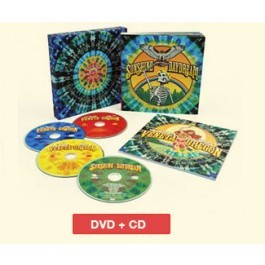 A 'rock picnic.' The Field Trip. Kesey's Creamery. August 27, 1972. The Springfield Creamery Benefit. Call it what you will, the sun was beating down hard and bright on that fateful day in Veneta, Oregon when the Grateful Dead heeded Ken Kesey's call to help save the family Creamery. The 100-degree and rising temperatures did not deter the band who were still riding high from their adventures across the pond. It did not discourage filmmakers John Norris, Phil DeGuere, and Sam Field who gained entry into the Dead's tight-knit world with their promise to capture the culture and integrity of the scene. And it certainly didn't inhibit the estimated 20,000 Dead Heads who could not believe their, well, pot...luck.