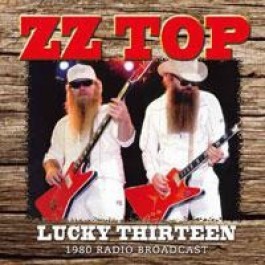 This epic live radio broadcast captures ZZ Top at the very cusp of their worldwide success, recorded during the East coast leg of their 1980 breakthrough tour at the Capitol Theater in Passaic, New Jersey. Now, after more than 40 years together, it is almost impossible to find another band with such a perfectly consistent line-up! Earlier inspirational hard rocking power trios like Taste, Cream and the Jimi Hendrix Experience have come, and indeed gone, but ZZ Top motor on, rolling relentlessly across the years. Great live versions of 'Tres Hombres'double-barrelled opening salvo, Waitin' For The Bus and Jesus Just Left Chicago are included here. At the time of this broadcast, ZZ Top's most recent album was 1979's 'Degello' and so it's no surprise that during this dynamic show it featured heavily with live versions of no less than eight of the records ten tracks. Included are some of the band's most iconic and best-loved songs: Cheap Sunglasses, Fool For Your Stockings, I'm Bad I'm Nationwide and She Loves My Automobile. ZZ Top released their 15th studio album, 'Futura', in 2012, their first for almost a decade. It reached a very reasonable number 6 placing on Billboard and was their first Top 10 release since 1990s Recycler.

You are an unconditional fan of ZZ TOP ? Check if you have all the collection.
If you just want discover a little more, the list below will help you.